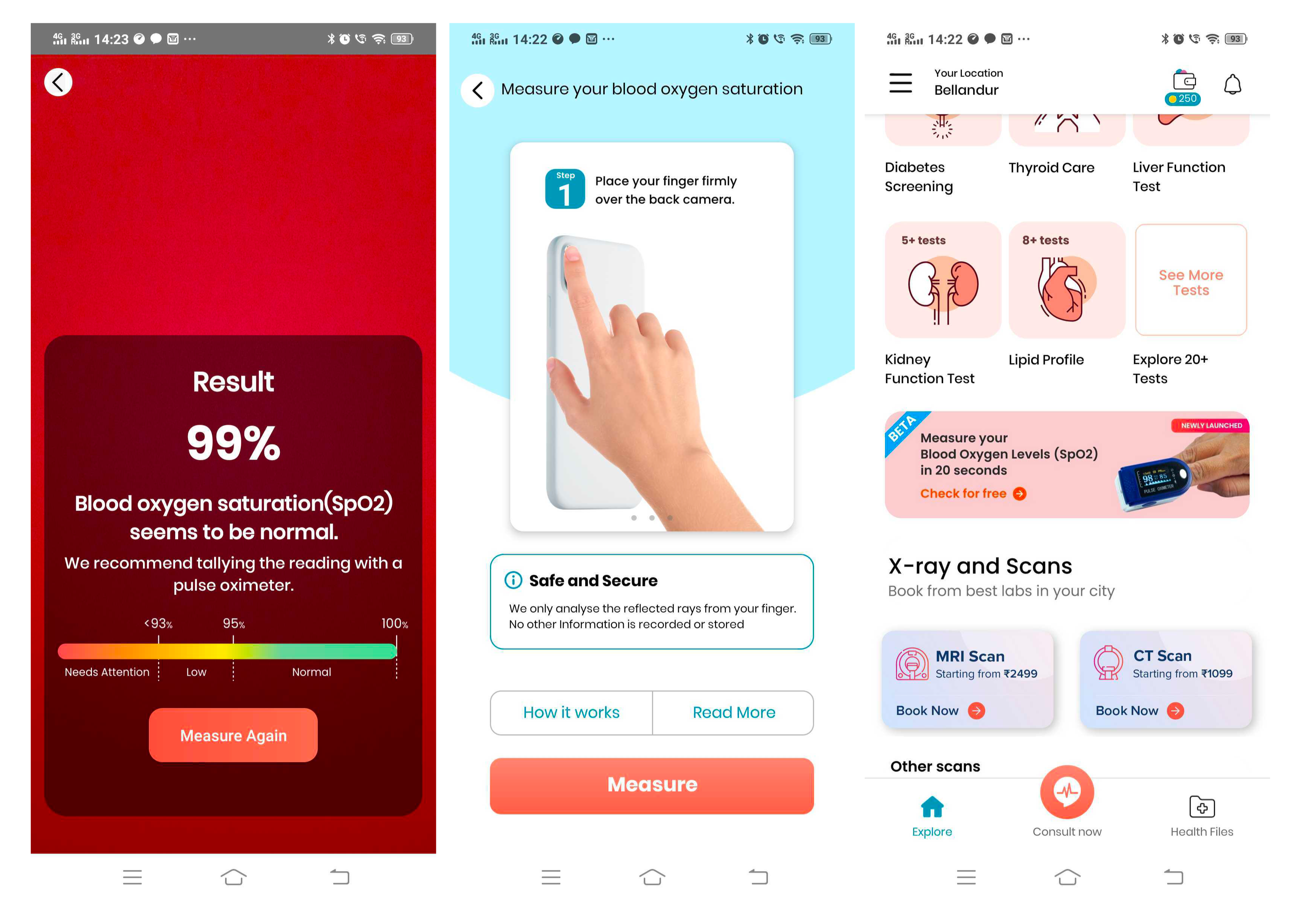 MFine, a health tech startup in India, has developed a free mobile app that turns a smartphone into a blood oxygen saturation meter.

The beta version of the app is currently available on Android phones, while a trial version on iOS devices is expected to come out in a “couple of months”, the company told Mobihealth News. MFine is also planning to create other medical app-based tools to measure heart rate and blood pressure in the future.

The MFine Pulse app uses a smartphone’s flash and camera in detecting blood volume changes from the user’s fingertip. A machine learning algorithm measures the absorption of red, blue and green light signals reflected from the fingertip. According to MFine, the mobile tool has an 80% medical-grade accuracy.

Having the right patient parameters and vitals in remote healthcare delivery is a problem that the health tech startup aims to address. It claims the MFine Pulse app “will make digital delivery of healthcare to be on par with a physical visit and fundamentally change the way in which healthcare is delivered.”

Measuring oxygen saturation levels is helpful for people with respiratory or cardiovascular conditions, sleep apnea, heavy snoring, as well as for infants who are recommended for regular SpO2 monitoring.

Almost a decade ago, medical device makers like Masimo, Nonin, iHealth Labs and LionsGate Technologies came up with smartphone-enabled oximeters. Later, wearable devices with SpO2 sensors came into the market, such as the Fitbit Charge 3 and Series 6 Apple Watch.

MFine, in a press statement, notes that while wearable technologies cater to a certain section of society, smartphones are “more ubiquitous” in India, with the number of users reaching 830 million by next year from half a billion today. Smartphones with vitals monitoring capabilities and supplemented by telemedicine can be a “gamechanger” for India, it said.

In January, the startup raised $16m in its latest funding round, the proceeds of which will be used to triple its investments in investments in artificial intelligence, mobile engineering and device integration; expand its hospital network; and scale its latest services, including medicines delivery, preventive health screenings and diagnostic tests.

“We are excited to be in the midst of a massive transformation which will decentralise the healthcare processes and bring awareness, diagnosis and treatment that’s literally in the hands of millions of people,” MFine CTO Ajit Narayanan said in the statement.

“[The] use of smartphones as an access tool to digital health has started and its use as a medical device will see many more innovations in the next few years. With the COVID-19 pandemic, telemedicine and digital healthcare delivery have proven to be the norm and digital tools like MFine Pulse will play a major role in the way healthcare providers handle diagnostics, monitoring and treatment plans, be it at a hospital or at home,” he added.

How to Select a Rehab – Credihealth Blog

You Are the Weaver of Your Brain Health